You can’t get far into hackerdom without encountering some weird and wacky ideas about money.

Digital money, untraceable transactors, fantasies of perfect verification, unhackable cryptographic money (so many fantasies).  Since at least the 1970s hackers have studied, cracked, muddied, and monitored money. Philosophical discussions about the difference between money, data, attention, reputation, and power salt their zines and clutter their chat channels.

So when in October 2008, a hacker by the handle of “Satoshi Nakamoto” published an elegant design for Bitcoin: “a peer-to-peer electronic cash system” hackers were primed for the experiment. Many joined in—and not only hackers.  Few digital innovations have exploded like bitcoin and its underlying architecture, the blockchain—the shared digital ledger that publicly keeps track of who paid whom, the amount, and when by using public key cryptography to verify and record every single transaction. Like double-entry bookkeeping on steroids and LSD (and also perhaps for steroids and LSD).

Bitcoin at first seemed to be the Utopian solution to digital currency—a currency eschewing all forms of central sovereignty and based instead only (or so we thought) on mathematics. It thus attracted left anarchist-geeks and many, many more hyper-libertarian capitalists. GPU intensive bitcoin “mining” exploded generating unstable wealth and environmental waste; massive cryptocurrency exchanges with names like Mt. Gox, have come and gone, fluctuating madly; there has been a “cryptocurrency” for nearly every imaginable purpose from Cryptokitties to SexCoins for porn (naturally) to DentaCoin for dentists, to BitCoen (certified Kosher!). The blockchain itself has been proposed as a solution to nearly everything imaginable: money, insurance, contracts, voting.

Across the spectrum, blockchain’s supporters are united in their embrace of decentralization. Eliminate the middleman—especially governments—with a tech that is unhackable (they once claimed, despite multiple hacks). But any technology complex enough will create its own holes, and as blockchain has evolved so have the opportunities to exploit it.

Whether they promise to liberate us or threaten to reproduce systems of power, these technologies are here to stay: witness Facebook’s 2019 announcement of its Libra currency. They re-figure economic and social possibilities and continue to attract fervent believers. Indeed, few other technologies have seemed quite so calculated to satisfy the hackers’ sci-fi imagination of radical disruption and alternative capitalisms as the blockchain. 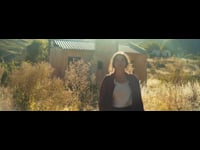 I Think There’s a Revolution Happening 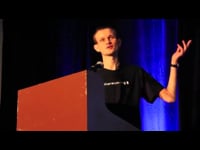 Decentralized Apps, Plus the Skynet Armageddon