On early forums like Usenet, where hackers congregated to talk shop, the term “troll” started to be used regularly. Troll was an accusation leveled against those seen to be acting in bad faith. “Netiquette,” as it was called on Usenet, dictated certain norms to guide civil and productive conversations. You stood accused of being a troll if you were seen to violate Netiquette by being intentionally provocative, or just arguing for argument’s sake.

Trolls were perceived as “energy beasts” that would eternally feed off any attention given to them. Energy beasts will turn their attention elsewhere if they cannot feed, and thus the warning, “Don’t feed the troll!” was born. This plea to other good-faith participants to disengage, typically went (and still goes) unheeded, but is nevertheless an attempt to identify and curb inappropriate behavior.

Eventually, trolling became more complicated. What was once a way to diagnose or curb a type of behavior, morphed into a type, even archetype. Individuals and groups, some of them hackers, adopted the persona to troll deliberately—sometimes playfully, other times viciously. These trolls would descend on forums, on Internet Relay Chat, and other platforms to provoke, incite, and harass (and have a few laughs at other’s expense).

As more and more people jacked into the internet, trolling metastasized into a full-blown subculture. However cruel, damaging, racist and misogynist, trolling could be (targets are often left traumatized by their campaigns), subcultural trolls rationalized this activity as being motivated for their enjoyment alone; in their parlance for the lulz.

Trolling has since multiplied and spiraled out of control. From intense aggression against women during Gamergate to anti-fans crawling the comments section of our favorite Youtubers, trolling has taken on many guises, with many motivations, and has far exceeded the nuisance it was once thought to be. 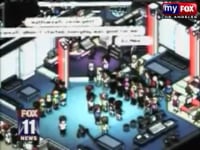 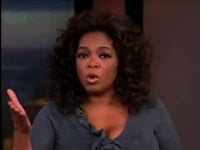