Hacking can be playful and fun—which is one reason so many are drawn to it. One definition of hacking even goes “Hack: to interact with a computer in a playful and exploratory rather than goal-directed way.” So it shouldn’t be a surprise than hacking shares with gaming a love of exploration, craftiness, adventure, and competition.

But hacking and gaming also share something deeper—interlocking histories. Back in the 1960s and 1970s, some of the first computer games—Adventure and Spacewar—were fashioned by hackers working (and yes, playing), in hacker hot spots like MIT and Stanford. Throughout the history of hacking, games have been a gateway to hacking, and hacking could not exist without good computer games. Media theorist Colin Milburn—who has thoroughly detailed the interconnections between hacking and gaming—argues these early games were experiments in “applied science fiction,” and they dished up narratives appealing to hacker sensibilities, like play, modulation, and modifiability. The lessons hackers learned from games have been applied to hacking, and naturally, the lessons of hacking have also bee abundantly applied to games.

Even if gaming and hacking are not the same, their paths cross with remarkable frequency. Gaming provides an archaeological record of the formation of hacker cultures and politics. Some connections are biographical: many hackers cut their teeth on computers by gaming and took up coding to write (or cheat) games. Other links have been forged through pop culture: look no further than the 1982 film Tron. Inspired by the early video game Pong, the movie is drenched in gaming and hacking motifs (and lots of laser-like blue coloring): the plot features a hacker-programmer Tron whose escape from the innards of computer mainframe resembles an adventure like game. Political connections and debates especially abound. Edward Snowden attributes his whistle-blowing ways to the superhero morality of games he played, lawsuits have been levied against hackers by game companies, triggering hacktivist interventions, and so much more. 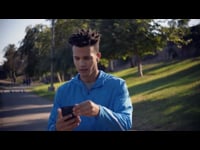 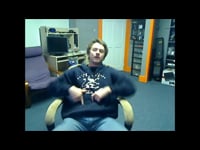 The Light It Up Contest: Hacking the PlayStation 3